Athens International Airport Eleftherios Venizelos is the largest international airport in Greece and is named after a prominent leader of the Greek national liberation movement.
Elected eight times as Prime Minister, he believed to be “the maker of modern Greece”.
The airport, located in Spata, is approximately a 45-minute drive from the center of Athens. 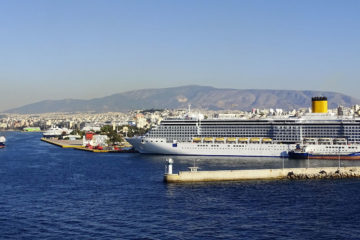 Details Serving as the port of Athens
One tour per person
COVID19: We are providing our services as usual. Our vehicles are being sanitised before and after each journey and all our drivers are wearing face mask during the journey. We are strictly following all guidelines set out by the Greek Government.
OK
This is default text for notification bar
Learn more