Are you ready to explore some destinations that are profoundly historic and und breathtaking?
Take the Meteora & Delphi Tour with us!

Starting from Athens, we’ll head to the village of Stiri, passing through Thiva, Livadia and Distomo.
In Stiri, we’ll get to admire the 11th century monastery of Osios Loucas, which is listed on UNESCO’s World Heritage Sites.
We’ll afterwards visit ancient Delphi to admire the famous oracle, the so-called navel, the museum and the stadium.
During the 8th century B.C. Delphi became internationally known for the oracular powers of Pythia, the priestess and no major decision was made if the oracle wasn’t consulted first.
Lunch will be enjoyed in the modern village of Delphi, at a traditional Greek restaurant and we’ll then continue our drive crossing mount Parnassos and passing through traditional villages and the cities of Lamia, Trikala and Karditsa.
Late in the afternoon we’ll arrive at Kastritsi, near Meteora, where we’ll spend the night.

Early in the morning of the second day we’ll visit serene and spiritual Meteora and the monasteries located there. The Monastery of  St. Nikolaos, the Monastery of Varlaam, the Monastery of St. Stephen, the Monastery of Roussanou and the Great Meteoron Monastery, the biggest monastery in Meteora.
Each one steeped in history and of great beauty.
After our Meteora visit, we’ll head to a traditional tavern in the village of Kalampaka for lunch.
On the way back, we’ll make a stop at Thermopylae, primarily known for the battle that was held there during the Greco-Persian wars.
The famous 300 Spartans and their king Leonidas faced Xerxes’ vast cavalry and infantry force. 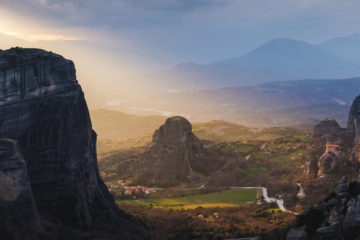 Travel through history and civilization! 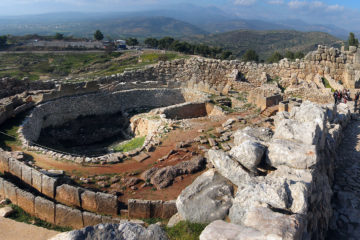 Trip to Argolis and Olympia

Enjoy a beautiful 2 day excursion
One tour per person
COVID19: We are providing our services as usual. Our vehicles are being sanitised before and after each journey and all our drivers are wearing face mask during the journey. We are strictly following all guidelines set out by the Greek Government.
OK
This is default text for notification bar
Learn more